PinkLion.ai: Demystifying The Power Of AI For Game Testing

Jennifer Bonine, Co-Founder and CEO, Rick Faulise, Co-Founder and COO, Andrew Birkholz, Co-Founder and CTO The word “video game” no longer evokes the thought of ‘Pac-Man’ or ‘Space Invaders’ among gamers. Today,photorealistic video games are extraordinarily detailed; one can see rainwater dripping from the trees after the sun breaks through clouds and hear animals softly moving through the woods. What is more, a game’s characters are so accurately modeled on real people that modern gameplay looks like a film. With the rapid evolution of such gameplay and game mechanics, gaming companies are also continually pushing the boundaries of the ‘manipulation rules’ and redefining what players can do in the virtual world. Certain games now allow players to interact with other playable and non-playable characters, taking the creativity of the video games a few notches higher.

Keeping these trends in mind, there is a growing emphasis from game developers and publishers to offer bug-free releases and seamless gaming experiences. However, in the current gaming landscape, the task of developing a dynamic, best-in-class player experience does not fall on game developers alone. It requires a significant amount of contribution from game testers to not only find bugs or defects but also check if the games are performing the desired tasks efficiently and ensuring end-user satisfaction.

Despite understanding this, the game publishers still remain in the backseat. One of their major bottlenecks is finding skilled resources in the marketplace to test the effectiveness of games amid the rapid evolution of technology. While implementing AI-driven testing solutions can help address the shortage of competent manual application testers, there is still some degree of skepticism around AI-led automation. For many gaming businesses, implementation of AI seems like a tough nut to crack, and hence, they try to avoid it altogether. A maven in the test automation space who has risen to address this challenge is PinkLion. Led by Jennifer Bonine—the co-founder and CEO—PinkLion is one of the first companies in the market that is offering an AI-first approach to game testing and the only one who uses ML that doesn’t require access to the DOM and code layer to test it. “For businesses looking to automate their testing, we offer a soft landing to a hard technology, i.e., AI,” states Jennifer. PinkLion offers AI-powered testing tools that help testers, developers, DevOps engineers, and product managers release remarkable games, mobile applications, and websites faster than ever.

Through its partnership with test.ai— the world’s first truly AI-powered test automation solution—PinkLion supports its clients in terms of strategizing game test automation and data analytics. The idea of AI-led test automation has been beneficial for the gaming industry in particular,as previously, there was no easy way to test games other than hours of manual testing. Game testing,by tradition, had always remained the hardest challenge in the test automation field.

For businesses looking to automate their game testing, we offer a soft landing to a hard technology, i.e., AI

While other sectors might leverage code-driven test automation, the approach falls short in the gaming world when it comes to capturing the nuances of today’s content-rich games.

To mitigate this long-term hurdle, PinkLion combines the power of computer vision and natural language processing (NLP) to build test automation solutions that work across the dynamic environment of games. Jennifer believes, “AI, when working alongside people and processes, is a powerful tool to unlock the full potential of gaming applications.” And, as AI becomes more well-versed with the mundane testing tasks of a specific game, it allows the game developers to focus more on the bigger picture: giving a face lift to the overall quality of the game.

Additionally, game developers can speed up their entire production cycle by many folds with PinkLion’s AI-powered testing solution that works on Unity, Unreal, and any custom gaming engine.“We act as the integration layer between people, processes, and AI,” expresses the CEO. Employing this principle, PinkLion has helped its client automate UI tests in the beginning,and not the end of the development process. This approach is in sharp contrast to existing test automation tools like Selenium, Appium, or other open-source testing tools that mostly target the backend and the API layer instead of elements of UI.Jennifer quips, “The traditional test pyramid is now a cake, as AI disrupts the software testing model,” and this focus on UI has been proven extremely beneficial for the video gaming industry.

Jennifer reveals that the real power of PinkLion lies in its AI-bots or ‘virtual research assistants.’ These bots can crawl any publicly-available mobile application, website, or game without the need to access its backend code. The virtual research assistants focus on the end-user satisfaction of games that it crawls and provides an instant report on existing issues. Just like manual testers, the bots naturally recognize screen elements and learn more about the client’s app each time it is tested. Once the challenges are identified, PinkLion assesses whether those hurdles can be removed with the help of AI, and helps the client define and execute an AI implementation strategy. Based on its experience in different use cases and scenarios in the testing space, PinkLion can also set up the AI solution within the client’s CI/CD (continuous integration/continuous delivery) pipeline in three to six weeks. According to Jennifer, “It is a rapid win and uplift for organizations.”

A case in point is PinkLion’s recent partnership with a game design company. PinkLion downloaded the client’s game from the app store and ran its virtual research assistants to test different elements of the game like multiple weapons, characters, maps, and validate in-app purchases without accessing the source code.

Additionally, when the game developers introduced a new map within the game, along with a new set of backend code, PinkLion tested the new features with its AI-bots and helped the client see the updated version of the game within an hour.

Strong Stewardship to Foster a Culture of Collaboration

The unprecedented success of PinkLion in the test automation field stems from the company’s design thinking approach in AI implementation. Design thinking, which also imbues a strong sense of empathy, helps PinkLion architect AI-based testing solutions to address specific challenges and needs of its customers. The foundation of this ‘design thinking’ approach is based on the profound expertise of PinkLion’s co-founders and their knowledge of several organizational use cases. While Jennifer brings with her years of top-level leadership experience, the chief operating officer of PinkLion, Rick Faulise, helps to bridge the company’s gap between technical and business expertise. On the other hand, Andrew Birkholz, the chief technology officer of the company, brings with him a depth of technical knowledge. The combined industry know-how and experience of over ten years working as a leadership team enables the co-founders to shift the organizational mindset away from traditional to AI-led test automation. Together, the trio has driven PinkLion to fame, fueled by innovation and creativity. “We solve actual problems based on our knowledge and experience in the testing space,” states Jennifer.

Foraying into the Future

With a list of demonstrated capabilities under its hood, PinkLion has already proven its mettle as an invaluable partner for both enterprise software and game app developers. Especially, as PinkLion’s test automation solution is designed to tackle one the hardest of the test automation realms—i.e., game testing—the company can be leveraged for helping other business verticals in their application development processes as well. PinkLion has already collaborated with several retail and entertainment and gig economy companies and aided them to automate their application testing with the power of AI and optimize the user experience to the highest degree.

“Leveraging an AI first testing solution powered by PinkLion is allowing game developers to speed up their production cycles and go to market 2-4X faster on average, depending on their level of adoption. This works on all gaming platforms including Unity, Unreal, and any custom gaming engine”

Now, looking to strengthen its capability in other areas, PinkLion is working on a pilot project to test the quality of videos for streaming platforms. The company is also targeting professional sporting organizations, as these businesses are developing a significant number of mobile apps and gamified content to engage with their target customers. Apart from enhancing its competence, PinkLion intends to expand its geographic reach outside the U.S. The company is all set to visit India (as the diamond sponsor of Dell Quality Summit 2020) and European countries early next year and interact with organizations that want to utilize the power of AI in test automation. Additionally, PinkLion plans to arrange ‘design thinking’ workshops to help businesses train and orient their AI-bots. With such illustrious plans for the future, PinkLion is poised to emerge as a disrupting force for the global test automation space.“For the coming months, we are determined to bring the enterprise software and gaming industries up to speed with our AI-first solution design approach,” concludes Jennifer.

Description
Offers AI-powered software tools that help enterprise software and gaming application testers, developers, DevOps engineers, and product managers release remarkable apps faster. PinkLion supports clients with strategy, test automation, and data analytics through its partnership with test.ai—the world's first truly AI-powered test automation solution. PinkLion acts as the integration layer between people, processes, and AI. The company’s AI-first approach has helped its client ditch the traditional test pyramid, and its clients can automate UI tests at the beginning of the development process instead of at the end 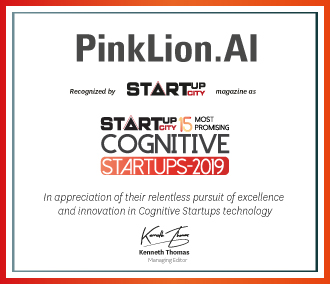 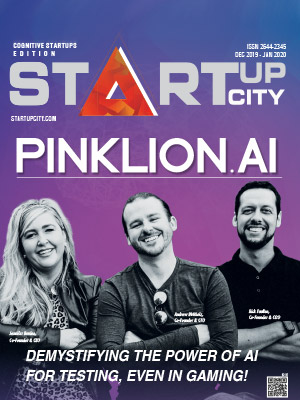 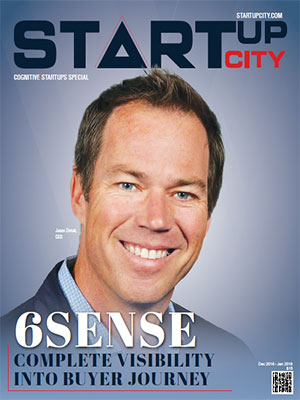